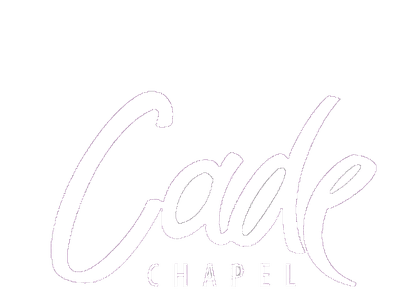 The Hands of God

The Hands of God

1. FIRST: THE HAND OF THE LORD IS MIGHTY.

*This truth may seem too obvious to mention, but the Lord wants everyone to know that His Hand is mighty. God made this clear when Joshua was leading the Children of Israel, and the Lord miraculously dried up the Jordan River for His people to cross over into the Promised Land.

V 24. That all the people of the earth might know THE HAND OF THE LORD, that it is MIGHTY: that ye might fear the Lord your God for ever.

*The Hand of the Lord is mighty! The Book of Job stresses that God's Hand was mighty enough for creation.

V. 9. Who knoweth not in all these that THE HAND OF THE LORD hath wrought this?

V. 10. In whose hand is the soul of every living thing, and the breath of all mankind.

V. 6. Humble yourselves therefore under THE MIGHTY HAND OF GOD, that he may exalt you in due time:

V. 7. Casting all your care upon him; for he careth for you.

2. THE HAND OF THE LORD IS DANGEROUS AND DEADLY AGAINST HIS ENEMIES.

*The very first time we see this "Hand of the Lord" phrase in God's Word, it's in connection with the judgment God was going to pour out on Egypt.

V. 3. Behold, THE HAND OF THE LORD is upon thy cattle which is in the field, upon the horses, upon the asses, upon the camels, upon the oxen, and upon the sheep: there shall be a very grievous Murrain.

*The Hand of the Lord is dangerous and deadly to His enemies.

V. 6. But THE HAND OF THE LORD was heavy upon them of Ashdod, and he destroyed them, and smote them with emerods, even Ashdod and the coasts thereof.

V. 7. And when the men of Ashdod saw that it was so, they said, The ark of the God of Israel shall not abide with us: for his hand is sore upon us, and upon Dagon our god.

3. THE HAND OF THE LORD EMPOWERS HIS SERVANTS.

4. THE LORD'S HAND CAN ALSO BE HEAVY TO DISCIPLINE HIS PEOPLE.

*There were times when King David felt the heavy hand of God's discipline in his life. In Psalm 38, David prayed a desperate yet hopeful prayer to the Lord. Here's how he began in vs. 1-3:

V. 2. For thine arrows stick fast in me, and THY HAND PRESSETH ME SORE.

*In Psalm 32, David looked back on a time of God's discipline, and David said:

V. 4. For day and night THY HAND WAS HEAVY UPON ME: my moisture is turned into the drought of summer. Selah.

5. THE LORD'S HAND WILL ALSO HELP HIS PEOPLE.

*Ezra was certainly helped by the Hand of the Lord. For example, Ezra 7:6-9 says:

V. 6. This Ezra went up from Babylon; and he was a ready scribe in the law of Moses, which the Lord God of Israel had given: and the king granted him all his request, according to THE HAND OF THE LORD his God upon him.

And I was strengthened as THE HAND OF THE LORD my God was upon me, and I gathered together out of Israel chief men to go up with me.

*The Hand of the Lord will surely help His people! King David gave us this strong assurance in Psalm 37:23-24:

v.24. Though he fall, he shall not be utterly cast down; FOR THE LORD UPHOLDS HIM WITH HIS HAND.

6. THE HAND OF THE LORD WILL ALWAYS BE WITH HIS PEOPLE.

v.21. And THE HAND OF THE LORD was with them: and a great number believed, and turned unto the Lord.

*But think back to the early church.   Acts 11:19 mentions Stephen the Deacon. He was stoned to death, murdered by the authorities for his strong witness for Jesus Christ. Was the Hand of the Lord with Stephen when he was stoned? There is no doubt about it, because in Acts 7:55, Stephen "being full of the Holy Ghost, looked up steadfastly into heaven, and saw the glory of God, and Jesus standing on the right hand of God" to welcome him home.

*Was the Hand of the Lord with the Apostle Paul when he was falsely imprisoned for two years. We have to say yes, because at the beginning of that ordeal, Acts 23:11 tells us that one night "the Lord stood by him and said, 'Be of good cheer, Paul; for as you have testified for Me in Jerusalem, so you must also bear witness at Rome.'''

The Hand of the Lord is with us today, and it always be! Praise the Lord!

Tyler Perry Challenge - He's Got the Whole World In His Hands

Tyler Perry Challenge - He's Got the Whole World In His Hands